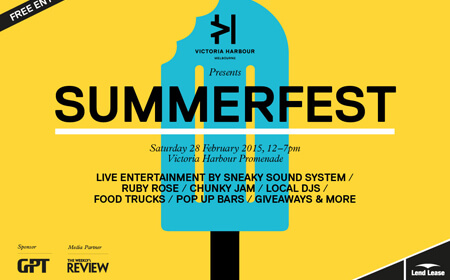 “Summerfest was perfect follow up to Winter nights“
Attracting Melbournians to the Docklands has long been difficult for developers and Governmental bodies such as Destination Docklands and the City of Melbourne. Whilst the later have invested millions of dollars in the waterfront area, with fire works displays and various festivals, very little has been done by government to support the Victoria harbour development, one by Lend lease. 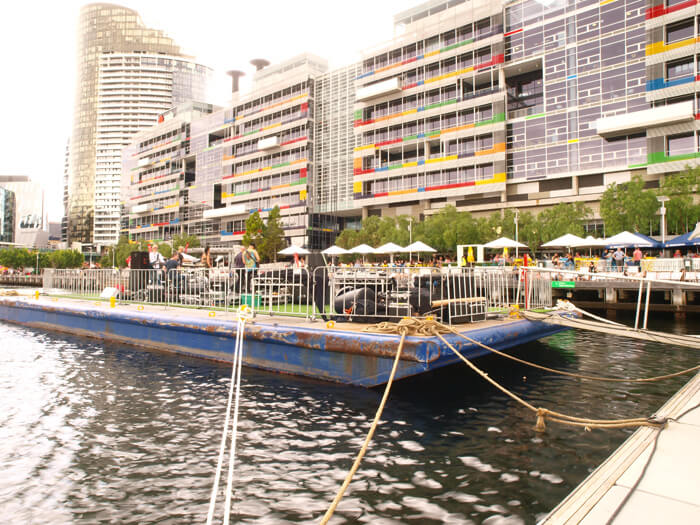 Having worked on numerous projects for Lend Lease in the part, Instinct was once again engaged as event managers, to create and deliver an outdoor festival, with the goal of drawing in patrons for celebrate the precincts unique water front aspects, as well as generate good will in local residents and retails alike.
It was decided that a outdoor concert with headlining recording artists would do the job, however this posed a number of difficulties to be over come by the Instinct production team.

Deemed as a “place of public performance ” a POPE license was required from the City of Melbourne, the Summeriest site posed a number of difficulties, with limited vehicle access. A multi-tiered waterfront location, with limited bump in and no space for a decent stage also posed a problem.
The site also had to allow for suitable deck chair seating , pop up bars, Instagram printing and still facilitate the patrons using local retail. The lack of green rooms was also over come by procuring a local apartment -which was well received by the “rock star” performers.

As a result the instinct event team procured a large floating barge, as the stage arena, allowing patron to fill the waterfront precinct, and create a spectral view for those in the high rise apartments and offices near by.
Whilst this did create issues of compliance for the POPE license, instincts team were able to work through those (with some excellent engineering assistance) and create a fully compliant space.

The day kicked off with an outstanding performance by Melbourne’s leading cover band Chunky Jam, who revelled in performing on the floating stage.  Chunky Jam’s wide appeal ensured the start of the day grew in momentum. DJ kate filled the change over gaps as the festival went to the ever popular Ruby Rose, who in herself, attracted a solid following.

Headlining the show was Sneaky Sound System, whose multi-coloured antics and costumes were once again a talking point.

Event management such as: