One hit Wonders, Flamboyant dress codes, big hair and Pac-Man – The 1980’s where the Wonder Years, and they’re back! 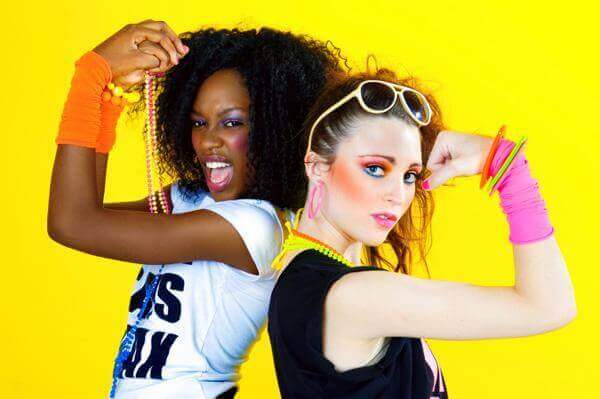 The 1980’s where the height of Pop Culture! This is an era that was full of bright vibrant colour, loud and extroverted in every sense of the word. The mood was confident, positive and quirky. Madonna was the Queen of Pop, The Rubex Cube was the most awesome puzzle to master.

Computer based gaming was born and with it saw the creation of now iconic games like Pac-Man, Galaga and Space Invaders come alive and infiltrate our hearts and minds. The  The ZX81 and ZX Spectrum brought computers into the family home, and opened up a whole new level of entertainment for kids fascinated with computer technology. The Spectrum was among the first mainstream-audience home computers in the UK, similar in significance to the Commodore 64 in the USA. The introduction of the ZX Spectrum led to a boom in companies producing software and hardware for the machine to entertain the masses.

The 1980’s was the era of feel good movies, storylines about beating the odds in a World that became better than the old school grey attitudes of previous generations.  A World that was positive, filled with colour and care free attitudes where the order of the day. Boomboxes, Walkmans, rollerblading and spandex where cool. Wham, Culture Club and Bronski Beat brought new and more open minded attitudes towards LGBT people and the World became a little more compassionate. People where open to identify themselves in ways previously frowned upon. Ska’s, Punks, Goths, … they all found their voice, and where not afraid to show it.

Music was everything. The 1980’s saw some of the biggest stars being born. Michael Jackson, Madonna, and Prince to name a few. MTV was its stage, and yet more one hit wonders than you could shake a stick at. MTV brought music to the masses like never before and the Music Video was the new voice for teenagers everywhere and who dreamed of something better and bigger. Their stars where their Billy Idols. The girls where Hot in the City and the boys Rebel Yelled. 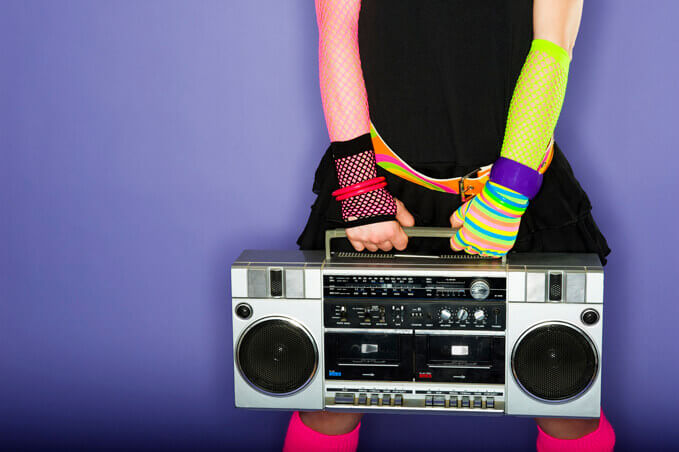 A Boom Box was the accessory of the 80’s

The 1980’s where all about the creation of “Mixed Tapes’” – the ultimate expression of love for adolescent geeky zit covered boys who where able to express their feelings through music meticulously put together on cassette tapes and given to those they wanted to impress.

Like Peacocks they paraded their musical masterpieces for others to hear and validate. “Ghetto Blasters” or “Boom Boxes” where the pedestals of sound, for the first time it became possible to bring your musical tastes outdoors, to the beach, in the park, or the back of the school wall where the cool kids hung out for the World to hear and cast their vote.