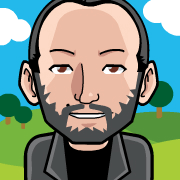 Leon holds a Degree in Visual Communications Design, and has received a number of awards for his campaign and creative work. Driven by coffee and doughnuts, he loves all things creative and thrives on producing and planning campaigns that return positive ROI for clients.

With an extensive background in Film, TV, Advertising & Interactive Media in Europe, Leon started his career working on the TV series “Teenage Mutant Ninja Turtles”. He moved to the UK to work on several Feature Films and later joined a Marketing Agency in Dublin as Creative Director, and got involved with a number of eCommerce ventures before moving to Australia in 2005 to head a Design and Marketing Team for one of Australia’s largest Web Agencies.

Having a passion for Music and Entertainment, Leon joined the Instinct Team in 2017. He is focused on enhancing and developing engaging content, offerings and results for Instinct and its clients.