Melbourne based Luke J is a musician and producer who performs across a vast array of genres with his voice and guitar.

Melbourne based Luke J is a musician and producer who performs across a vast array of genres with his voice and guitar. His early career years were spent touring in Australian rock bands around Australia, South-East Asia, Europe and America.

Luke graduated from university in 2009 with a Bachelor Of Music Performance. He then expanded his musical palette performing in various Jazz, Funk and Pop bands at weddings and corporate events.

These years of performing led Luke to use his musical knowledge and experience to open his studio in Melbourne where he teaches guitar, voice and music production. Luke’s career then took a turn to include electronic music where he fell in love with DJ-ing and producing dance music.

Luke Djs, performs solo and with his band at venues like Crown Casino, Federation Square, The Night Cat, Yering Station Winery, The Hyatt, The Shangri-La and Flemington Racecourse.

Wedding Package can include: 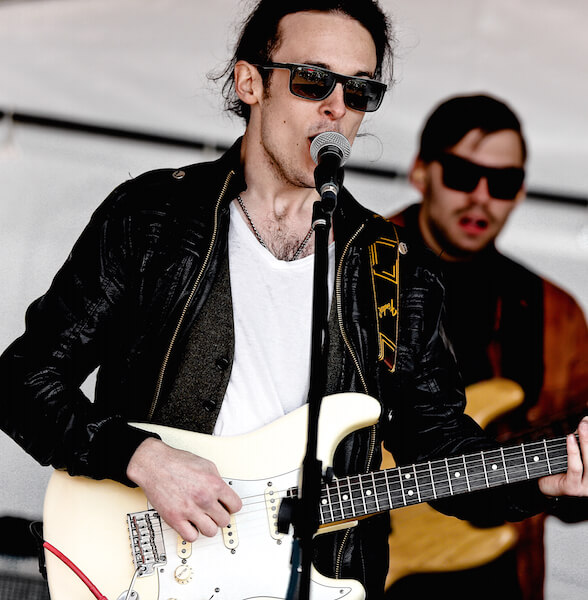 Luke is ideal for:

Luke was great with the entertainment, the acoustic set he did was exactly what we wanted as were
the DJ sets. Use of his roaming microphone was great for speeches and for the MC to use throughout
the night. Luke also took some requests during his DJ sets in the night too which was great.