* Chrislyn Hamilton was an Australian Idol Top 5 finalist (2008)
* Australia’s Got Talent Semi Finalist (2012)
* Voice of McDonalds Competition Winner (2012)
* Supported James Morrison at the G20 Cultural Celebrations in 2014
* Has a remarkable profile of corporate events under her belt
* Currently writing new music for an upcoming release.

For the uninitiated, Chrislyn Hamilton found a national audience at the age of 17 when she appeared in the 2008 series of Australian Idol where she placed 5th overall, becoming the last woman standing in the series.

In 2012, Chrislyn reached new heights when she became a semi finalist on Australia’s Got Talent. During her time in the competition, Hamilton won praise from judges Kyle Sandilands, Danni Minogue and Brian McFadden for her powerful stage presence, and spine tingling performances.

It was also in 2012 that Chrislyn went on to win the annual Voice of McDonalds Global Singing Competition, a competition which aims to recognise and reward the most talented singers among over 1.7 million McDonalds employees. The prize would mean the trip of a lifetime over to the US to work with record producers, the chance to attend the American Idol Finale and the opportunity to be featured in a national advertising campaign for McDonalds.

2014 was another significant year for this now 25-year old Brisbane based singer/songwriter. It was after an appearance at Creative Generation (State School’s Onstage) that she sparked the interest of Australian Music legend James Morrison, who invited the talented songstress to appear and perform at the G20 Cultural Celebrations that year, to support his band.

In addition to her personal career highlights, Chrislyn has developed a remarkable portfolio of corporate clients and continues to lend her name and perform for various companies and events around the country.

Musically, Chrislyn’s genre sits comfortably within the Pop/Soul, Blues/Roots and Funk styles of music, and she credits artists Etta James, Stevie Wonder and Christina Aguilera as her greatest musical influences.

As of 2016, Chrislyn is writing material for a new music release, and is working with a new band to create a live show experience, coming soon! 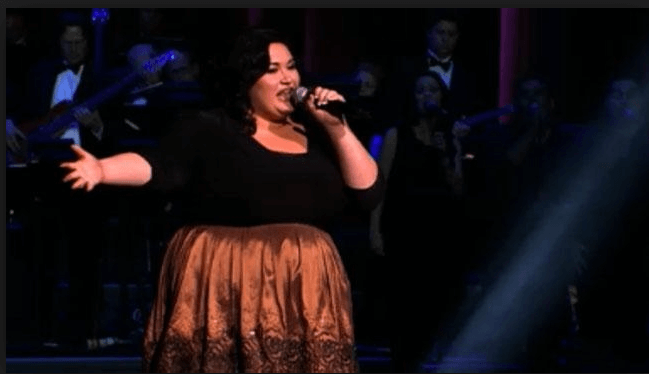