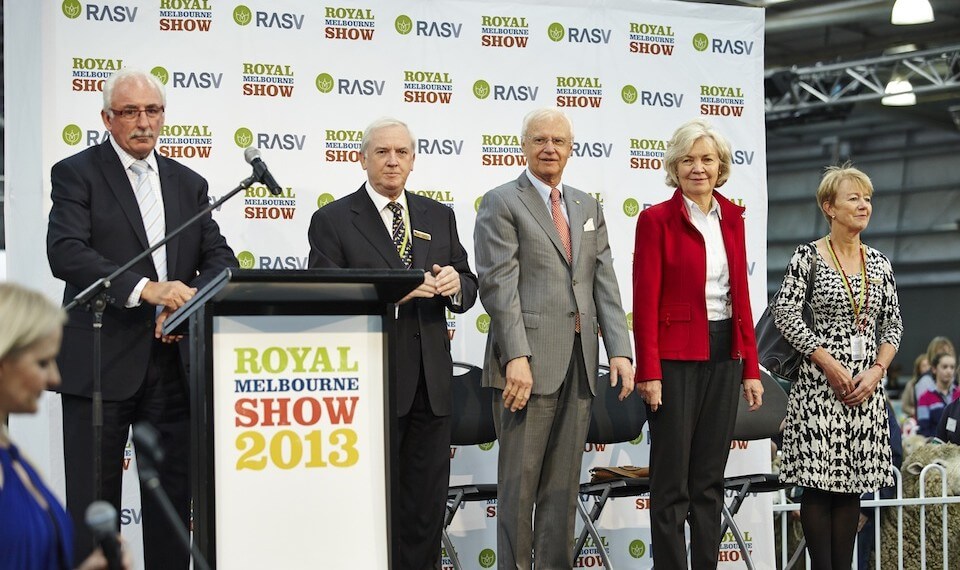 Working in close collaboration with the RASV team, key stakeholders and official suppliers, Jon was tasked with conceiving, producing and directing these two important ceremonies, each proved to have its own unique challenges. 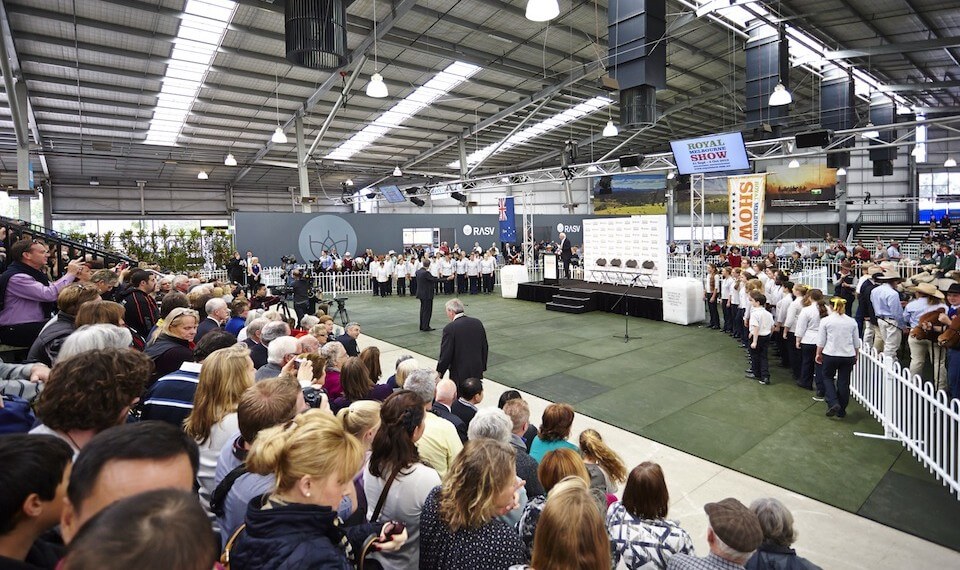 
The Opening Ceremony was the first time staged on the judging arena within the livestock pavilion with a short 15 minute set-up timeframe that involved reconfiguring the arena fencing, setting the stage with backdrop signage and flags, tuning the audio system, marshaling 80+ sheep and 30 cattle into predesignated formation and rehearsing the Australian Youth Choir.

The Garyowen presentation also had a brief 10 minute set-up time frame that required the main arena be reconfigured from competition to presentation mode. To keep the audience engaged during the turn around official commentator Rob Gaylord conducted live interviews with the judges from the centre of the arena. Meanwhile mounted officials known as Red Coats were busily getting all the competitors into formation for the opening parade.

With detailed planning, extensive pre-event stockholder briefings and precise timing both events went off faultlessly and have been judged as the best ever Royal Melbourne Show ceremonies. 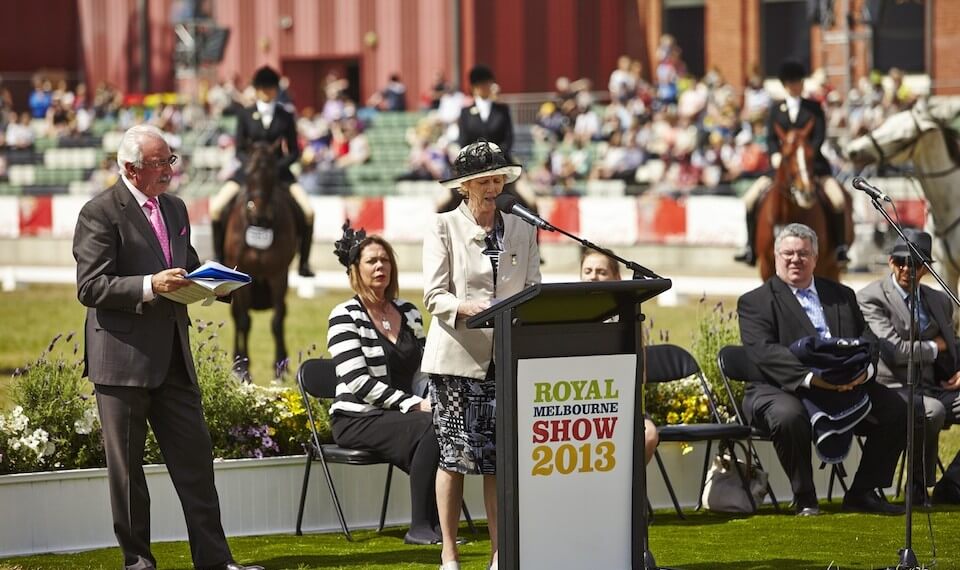 
I’m very grateful to Instinct Events for producing the two key ceremonies of Royal Melbourne Show 2013: The Garryowen Presentation and The Opening Ceremony.  Both events required collaboration with a large and diverse group of stakeholders, both internal and external to the Royal Agricultural Society of Victoria, and each event presented unique challenges.  Instinct Events took everything in stride, planned and executed the two events to the delight of all involved.  So thank you, and I look forward to working with you again in 2014. 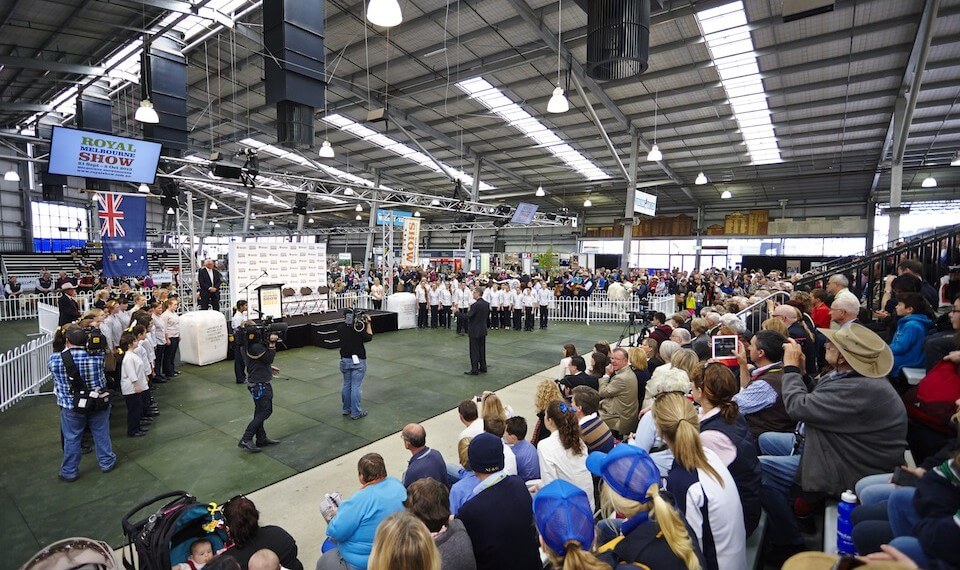 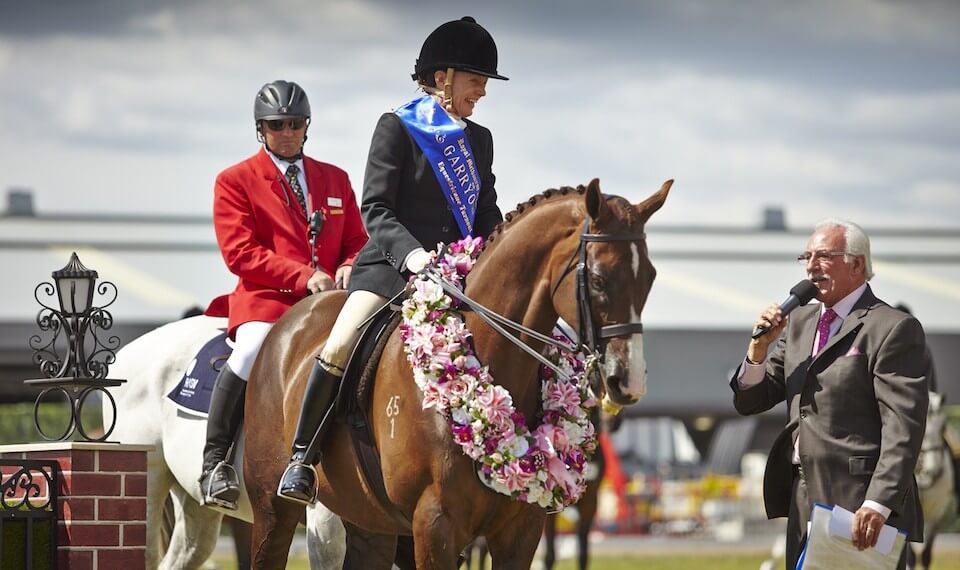