Tell us about your event

When companies have milestone celebrations, a lot of pressure can placed on key staff to exceed the expectations or the boss, owner or board.

In this case the amazing success of Golden Age over the last 10 years was celebrated. Moving from a single dumpling shop to over $3 Billion Dollars under contraction in 10 years in no mean feat,
a fact not lost on Lord Mayor Robert Doyle who attended as a special guest.

Instinct meet with Golden Age in the early stages of planning to discuss the spaces, the proposed entertainment as well as the role of the host/Mc.  Each act was carefully selected for its appropriateness for both the Australian and Chinese guests in attendance.  Instinct also provided full corporate video production for this event. 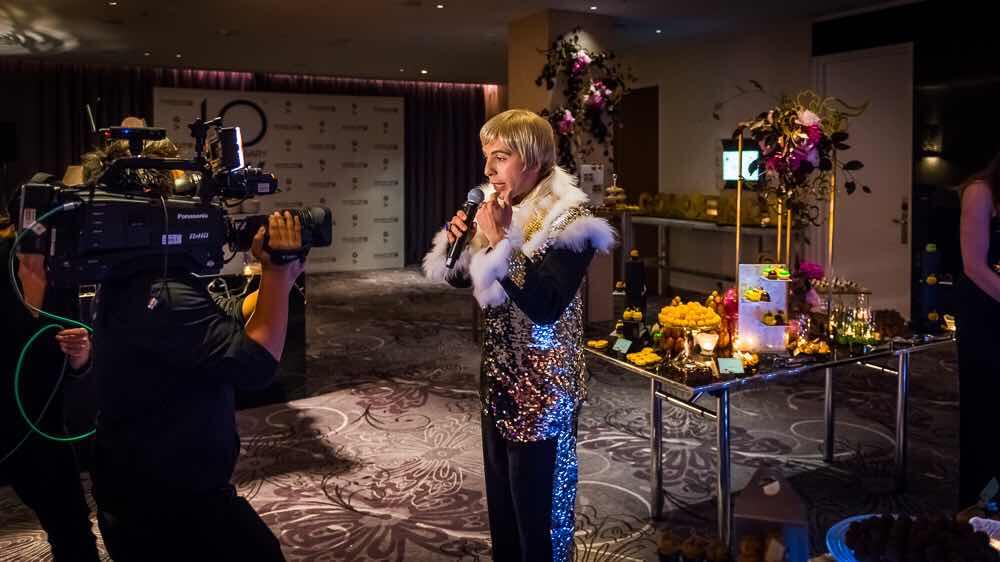 Company Anniversary Event – Superb Host with the most

In this Instance comedic character host “Dick Deveroux” was selected, for his skills with the microphone e, quick wit and “TV ” appeal.

The run sheet had him announcing himself from inside a photo booth- which proved quite the grand entrance. Interviewing the head chef back of house in the main kitchen (who in trun absolutely rose to the occasion and of course , MC’ing the main affair. 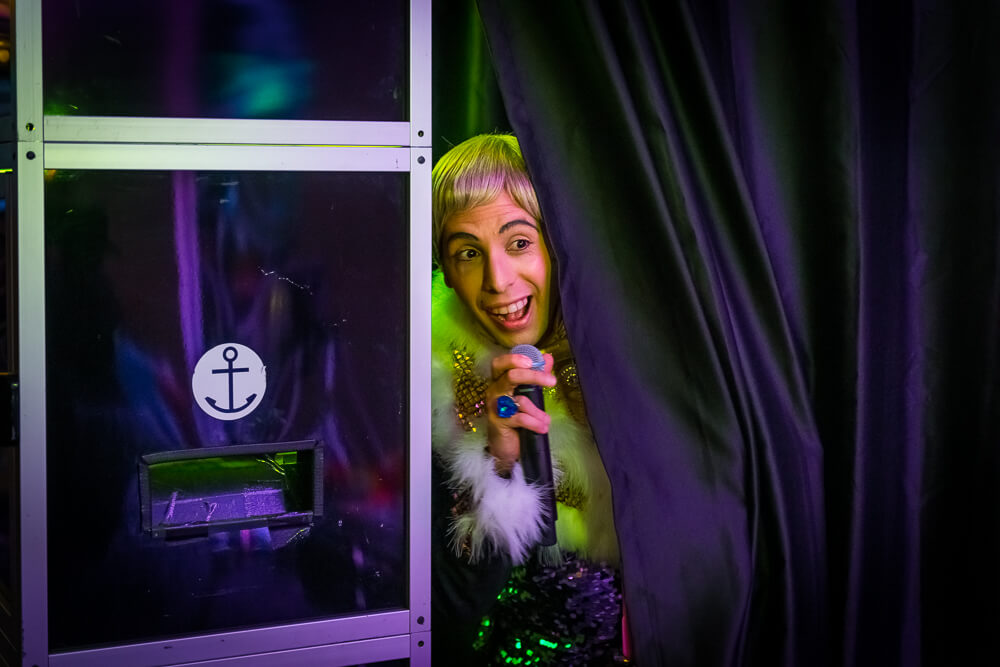 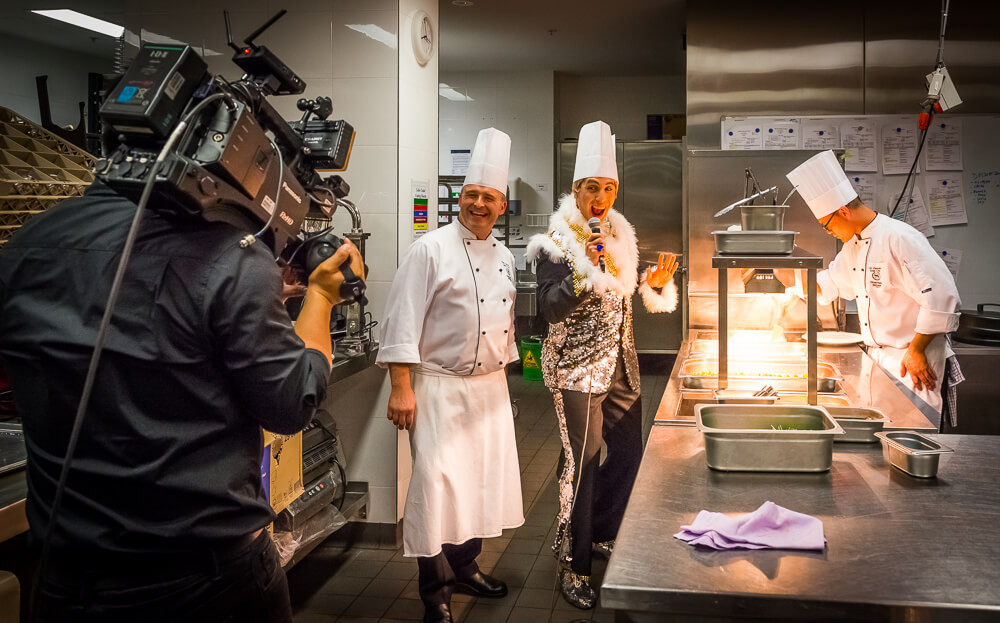 When the dust settled on formalities, awards, speeches and the main meal, most corporate events carry an expectation of a party or good time.  This usually encompasses a great dance band.  Chunky Jam have become the “band of choice” for numerous corporate event planners and corporations. In recent years strong success with Chinese /Australian events has lead the band to learn a number of songs in Mandarin.  This provided a real highlight  for the guests  and exceeded their expectations. 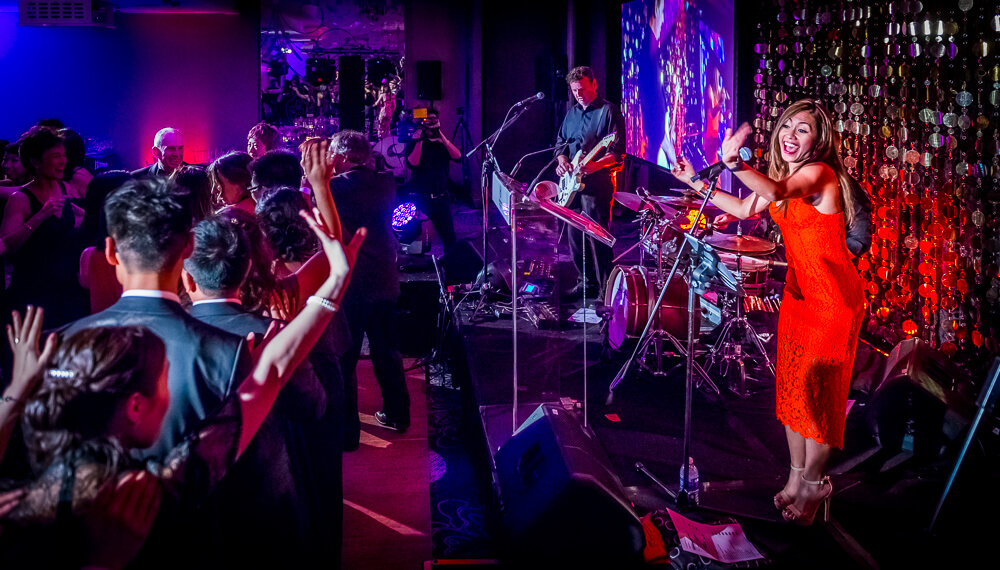 I’m writing this e-mail to say thank you for organizing the most fantastic MC, Band and hosts for our 10th Anniversary event which was held last Friday. And apologized for sending it this late… I had a mailbox melt-down which had just been fixed by now.

Dick Deveroux was definitely the highlight of the night! Thank you for recommending him to us. Due to our cross-cultural background, we were little bit concerned about our Asian guests’ taking of Dick’s style. But thanks to your great understanding of our needs and accurate briefing to him, he nailed it!   The guests had great fun with him! As I don’t have Dan’s contact detail, please kindly pass on our gratefulness to him. He was the star of the night!

As usual, Chunky Jam didn’t let us down! Even our very shy guests went on the dancing floor and enjoyed themselves. And the ‘moon represents my heart’ was just a very nice gesture to our Asian guests. They need to learn more Chinese songs for our future events. J

Hosts are amazingly beautiful and very helpful as well. And they managed to get the evening gown to suit the night’s theme was very much appreciated.

Last but not the least, thank you so much for being there throughout the night, which was much appreciated by us.

Thank you again and looking forward to working with you again in the futute.

Instinct provided the following services for this Company Anniversary Event: 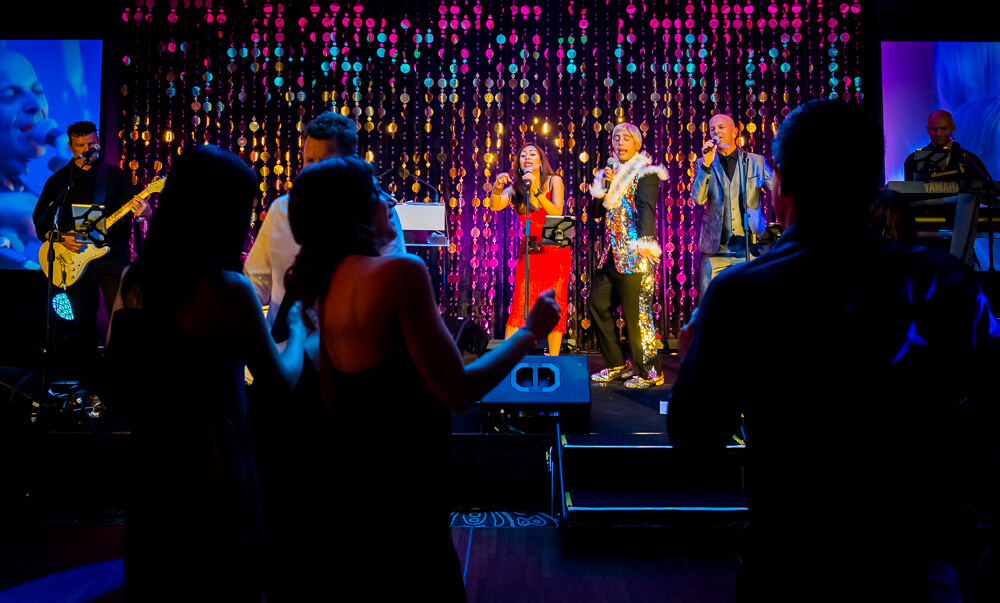